Eminent Mind The Evolution of a Slyman 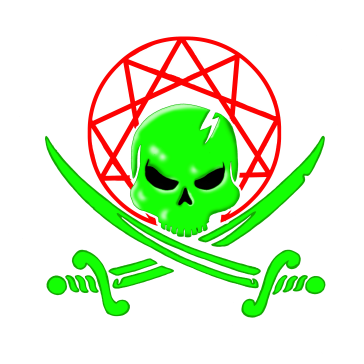 As I sit staring out the window, at the trees swaying in the breeze; my mind relaxes. I tune into the symphony that dances before me. All of existence pulsating in a sea of living vibrancy. Mesmerized by the seemingly endless stream of continuous connectivity, projecting from my consciousness outward; simultaneously acting in each plane and manifesting in the next. I am aware of the wondrousness that is being. So clearly I see the supernatural, and know it isn’t what it has been made out to be; instead something much more.

Do not mistake this for superstition. I am firmly grounded without the hysterics of ignorant falsity. Tangibly and verifiable, the sorcery is exploding in a fantastic supernova; engulfing everything imaginable and always. Though at this moment, I am only its witness; at times I am its composer, and at others its agent. I recognize that I may choose any role within it, I simply must recognize how it is connected to me. Like any great Magus, a gesture made, a symbol drawn, the calling of a name, or a chant in whisper; might give me the power to bend the folds of reality.

One relationship, I’ve develop an interest in unlocking the secrets to; is the self as primal, carnal, and ephemeral. Is it not the ivory skeleton-key carved out to open all the doors of potential? I celebrate its induction, codifying it by denoting it symbolically as a skull. What a potent representation, which saturates my mentations as I struggle to understand Influences; how they affect me, and how I can wield them. One might wonder, out of all the eligible symbols to represent our being; why the skull?

The temple which houses all that we know and all that we are. The fortress of mind and soul. It is a  flaccid and malleable frame, for that which enters this world first. In life its contents are the key to unlocking understanding and potential. Long after the last breath escapes, after the flicker’s echo is gone; it still haunts its final bed. A worthy pot for the blooming bulbs of experience. No other symbol speaks so strongly of mortality.

This beautiful totem has been vilified, blossoming into the most feared representation of all time. Adorning all that the puritan mandate deems harmful and destructive. The Slyman recognizes it as the Chalice of Consciousness. Depicted above; nested in the center of the three points of self, within the enneagram. Is this the vile symbol of death and destruction, or the chamber of thought; or both?

This entry was posted on May 7, 2012 by T.C. Downey. It was filed under Aspect of Observation, Development of Self, Inner Work, Intellectual Center .